A New Approach to Treatment of Arthritis of the Knee 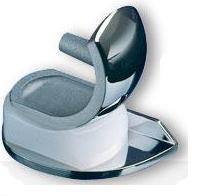 What is the Oxford Knee

Contrary to a Total Knee Replacement, the Oxford® Partial Knee Replacement only replaces one side of the knee. This combined with a minimally invasive procedure helps reduce recovery time and postoperative pain for the patient, and the knee returns to a near normal function. 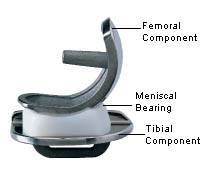 Am I a candidate for an Oxford?

The ideal patient for an Oxford knee replacement is a person who has arthritis localized to the inside, the medial side of the knee only. This amounts to about 20 to 30% of persons with osteoarthritis of the knee.

How long am I in the hospital?

Unlike total knee replacements wherein a person is hospitalized for three to five days the Oxford’s usually go home after one night in the hospital.

Can anybody that has knee arthritis have an Oxford Uni-compartmental knee replacement?

The answer is no. Though some of the Oxford surgeons have expanded the indications for the Oxford knee I have maintained a very rigid selection to include only those with isolated medial arthritis (arthritis on the inside of the knee) and no more than minimal to moderate patellofemoral arthritis (arthritis under the kneecap). This is documented by both physical exam as well as x-rays.

For me one of the best indicators for an ideal patient is a person that has what I refer to as "positive injection test". For this test I give a local anesthetic injection along the inside of the knee only. I then have the patient go for a 10 minute walk. If the patient reports dramatic pain relief in the knee or at the very least, satisfactory pain relief, then they are seriously considered for an Oxford knee surgery.

Is an Oxford Knee replacement better than a regular Total Knee Replacement? 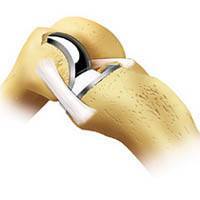 For those patients that are good candidates for an Oxford Uni-compartmental knee replacement the surgery is:

Who should not have an Oxford knee replacement?

If the patient has arthritis along the outside or lateral side of the knee, a nonfunctioning anterior cruciate ligament (ACL) then they’re not candidates for an Oxford knee.

How long does an Oxford last?

Even though the lateral side of the knee (outside) and patellofemoral (kneecap) portions of the knee are not replaced, this implant appears to impede disease spreading to these areas of the knee. It may actually prevent the progress of the arthritis disease in the knee.

What if the Oxford doesn’t work or I still have pain?

As with any surgery there are no “Mister Goodwrench” guarantees. The usual risks of any major surgery are present and pain may persist in the knee despite the best efforts of surgeon and patient alike. In the case of the Oxford a patient and surgeon may decide to convert the knee to a conventional Total Knee replacement.

The Oxford Uni-compartmental Knee isn’t for everyone. However, for certain select patients it works amazingly well and has the possibility of lasting a very long time and even halting the progression of the arthritic process.